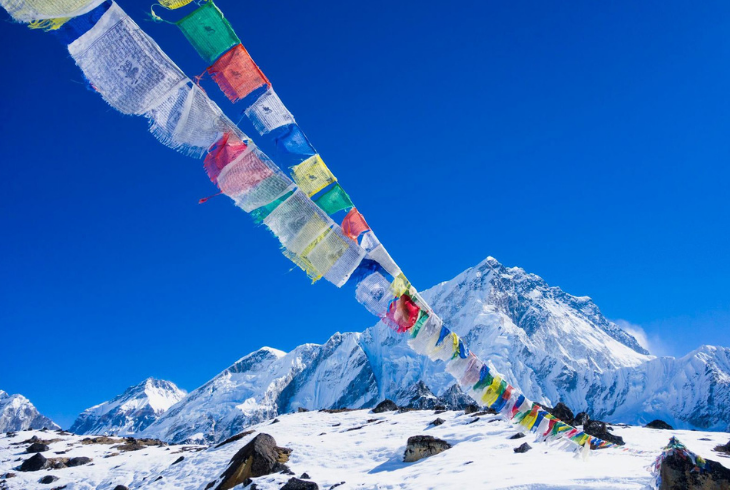 Mountains are formed from slow yet gigantic movements of the Earth’s crust. The Earth’s crust is the outer layer of the Earth. The crust consists of six large slabs, known as plates, that all fit together. It is when two of these slabs collide with each other that other land is pushed upwards. It is this action which forms mountains. Mountains can move, although not noticeably. Mantle material, as it is called, can sink at a plate boundary. This will then flow back and upward and push the crust upwards. It is a process known as small scale convection. These slow movements can move mountains gradually, through earthquakes and eruptions. So, to the mountains themselves. Those notable by their height.

The world’s highest mountain, Mount Everest, is situated in the Mahalangur Himal sub-range of the Himalayas. Running across the mountain’s summit point is the China-Nepal border. The first climbers to conquer Mount Everest were Sir Edmund Hilary and Sherpa Tenzig Norgay. That is 29,035 feet all the way up to the mountain’s summit. This feat was achieved on 29 May 1953. It was a goal of Sir Edmund’s to return to his love of mountain climbing after World War II, during which time he sustained serious burns in a boating accident. With this determination he was to succeed in his mission, proving that very little is impossible if we put our minds and bodies to the task. You can marvel at the splendor of the mountain that, to date, 4,000 mountaineers have successfully climbed. The popular months for trekking around the Everest region are thought to be: March April, May, October, and November. Spring and autumn offer some reasonable temperatures, little rain, clear skies, and more importantly less chance of snowfall. Although, it is a sight to beyond with snow on top. 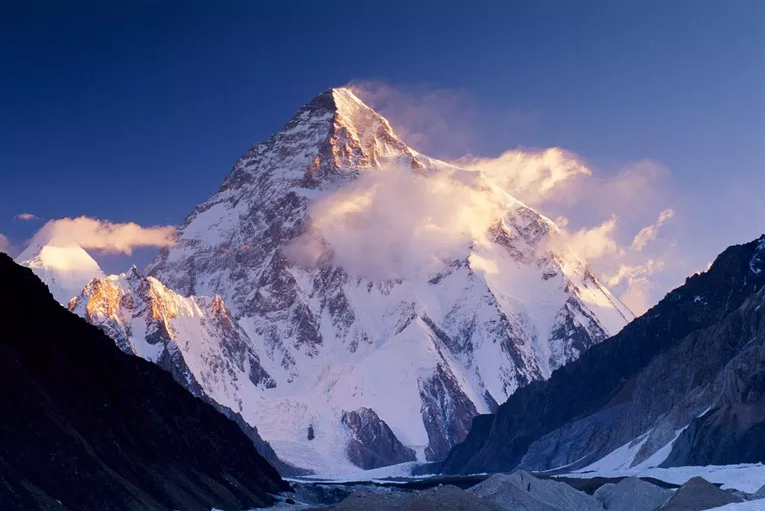 In Karakoram, Pakistan/China, K2 is the world’s second highest mountain at 28,251 feet. K2 is 900 miles from Everest. It would take approximately 9 weeks for a combined Broad Peak and K2 climb. Although it is lower in height than Everest, the topography of K2 makes it much tougher to climb. Several years have gone by recently in which nobody has been able to climb K2 because of how bad the weather has been. K2 has become known as the “Savage Mountain” due to mountaineer George Bell’s quotation: ‘It’s a savage mountain that tries to kill you.’ It certainly does not sound like a mountain for the faint-hearted. It is, however, a spectacle to see in person. An imposing mountain with a reputation to match. 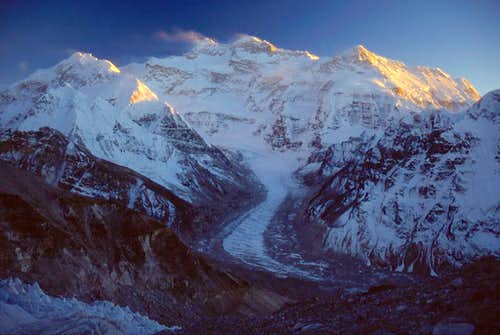 To complete our top three, there is Kangchenjunga, in the Himalayas, Nepal/India. It is an imposing 28,169 feet high. The first ascent on the mountain was in 1955 by George Band and Joe Brown. It seems that the 1950s was a popular time for climbers wanting the challenge of climbing the world’s tallest mountains. Kanchenjunga is made more dangerous by the constant threats of avalanches and snowstorms. Its peak is particularly dangerous. Close to the top, the oxygen levels are particularly low. The mountain has been described as forming a large cross with its arms extending in every compass direction.

In terms of the highest mountain never climbed, Gangkhar Puensum at 24,849ft (7,570 meters), according to most sources, claims the title. So, this might be another on any list of “must see” mountains or mountain ranges. So, whether you are a climber, or just interested in mountains, perhaps a geologist, these rock formations are certainly worthy of visiting on the next holiday.